Lift off to Mars

The mission to Mars, a moment of glory, a very proud amblingindian!

( This is a refresh of the post that was published when the space mission was launched - just before the elections. Very proud to say today that India has raced ahead with the mission, and achieved its first goal.. entering the Martian orbit!) Out of the blue, a new trick is pulled out of the hat of India’s space mission. The sleepy giant awakens..Earthlings and Martians watch out! Undoubtably, Indians are jumping with pride and glee, as the mission to Mars takes off and enters the Martian orbit. A lot of Indians, at least… Equally, lots of criticisms pour in from across the globe. As some of the neighbours look askance, or watch with fear or envy and some others threaten to pull the plug on what they call “ unjustified aid “ to India, one thinks again. It is certainly not anything to cringe about, this mission to land on the moon, or Mars maybe. “ Mangal Karya” as they say, in the Hindu ancient books, an "auspicious piece of work", which will also launch India into its own “Starworld”, to be part of a select Celebrity list of countries . The “US, Russia, EU” and now “India” racing ahead.

Predictably, twitter (with its own moment of glory- the IPO), facebook, and other social media are abuzz with messages of pride and good luck pouring in. Time to show the world that India is , indeed , a superpower. Is that what is fuelling the mission? Or is it a political statement, coming before the elections? A precursor of the trajectory that the country is supposed to take, when the expensive elections get over and the new Government launches off? Or is just an expensive diversion from all the expense issues that keep cropping up , ‘the onion crisis”, “ the coal ghotala” and so on. Or is it even a new piece of entertainment for the channel viewers, who for sure must be sick of the same soaps ”saas bahu” or “scams” hitting them every day through the LCD screens. The scams being so frequent, they are now bordering on the verge of boring, forcing people to switch channels. And poverty, rapes, natural disasters, too mundane a fare, so commonplace, a daily matter, almost.

And so the Mars mission- its new, its fun, its zing, it adds a lot more cheer and frenzied excitement to the humdrum existence of the average Indian navigating potholed roads every day. Such is the frenzied atmosphere today that a potential gold mine, dreamt of by a BABA , leads to furious excavations by the Archeological Survey of India, another Govt body, and almost religious fervor among the public, praying and chanting, invoking pujas and the Gods for good luck. ”Good luck India, go for it !”

Now, if any of that religious fervor could be channeled towards some of the more commonplace issues of India, who knows where she could reach ? 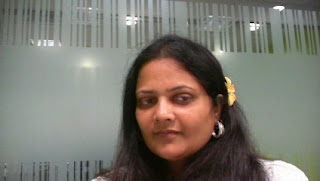 Shahrukh khan- what next?

What ails our hospitals?